Stay up-to-date on the latest happenings at SCC.

Contributions come in many forms. Find out how you can give to SCC, whether it's through scholarships, attending an event or fundraiser, making a donation, or volunteering. 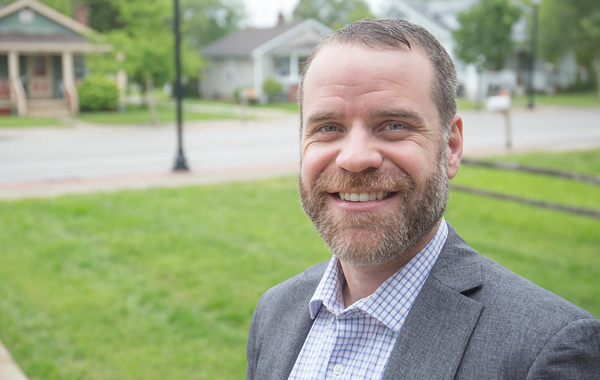 Among many things, Rich serves on the SCC Alumni Council and helped start the Alumni Association. He also is successful in real estate and involved in SCC Center Stage Theatre. Congrats Rich and thank you for all you do!

With an interest in helping others to make wise financial decisions, Rich Loughridge co-founded Trademark Real Estate where he has led by example as the top sales agent since the company’s inception in 2011. As the company grew they purchased and renovated an office space on Main Street in St. Peters, and in 2015 merged with Realty One Group.

He previously worked for Schneider Real Estate where he was Agent of the Year in 2009 and earned the Quality Service Award of Distinction in 2007, 2008 and 2009. He also was awarded Best in Client Satisfaction in 2007-2011 by St. Louis Business Magazine.

When Rich was first getting started with his education, it was a theater scholarship that brought him to SCC. “At the time I didn’t know exactly what I wanted to do and it was up to me to pay for my own education,” Rich said.

While his interest in performing arts may have brought him in the door, what he found was more than what he expected. “This community college has a rock star lineup of educators,” Rich said. “I felt like the professors actually cared about me and my success and didn’t treat me like just another student on a chart.”