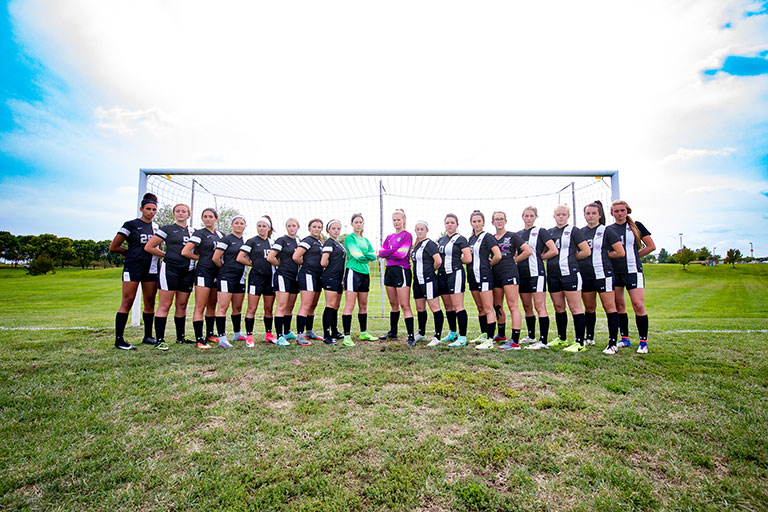 The SCC team made it to the Region XVI title game after a first-round bye and a second-round win over State Fair Community College, 3-0.  In the title game against Blue River, sophomore forward Katie Richter scored two for the Cougars and freshman forward Bryn Lundberg scored the third goal with an assist by Richter.

The SCC women’s soccer team has a challenger in Lewis & Clark Community College, a team that is ranked #10 in the nation.

“Lewis & Clark is a great team,” said Jason Wyland, SCC women’s soccer head coach. "They are fast, organized, disciplined and well coached. However, anything is possible, impossible is nothing. I expect them to take us lightly and my team will be very well prepared and will be ready to pour their hearts out in this game."

Taking home awards from the region tournament were:

“I feel extremely honored to have received the R-16 coach of the year award. It means a lot to me being my first year as a college coach. I 100 percent owe this award to my team and my assistant coach, Lexie Hunk,” Wyland said.

“I’m really proud of the team. They overcame a midseason slump but seem to be playing their best at the most important time of year,” said Chris Gober, SCC athletic director.

The Cougar’s record stands at 12-5 following the Region XVI tournament.