Logo, Seal and Other Marks

The official family of logos are trademarks of St. Charles Community College and have been carefully designed to represent the institution. The official logo consists of the words "St. Charles Community College," plus triangle artwork. The triangles reflect elements of unique campus building architecture and are a heritage nod to SCC's previous logo that represented the five original county school districts that established the college district. The logo reflects the flexibility and mobility of the college while forming an abstract "S." Its white band communicates motion and is inspired by the Missouri River. The official logo is the only logo that represents the college. The name as depicted is part of the official logo and must not be altered. Nor should the official logo triangles be separated from the college name.

The official college acronym is SCC. The "S" stands for "St. Charles"; and the two "Cs" stand for "Community College."

The official word mark of the college is designed not as a substitute for the official logo but as a supplement. It is permissible to use when the official logo will not fit within specifications of a project such as promotional items like writing pens.

SCC departments and divisions should use the official logo for means of communication. Individual department/division logos are not permitted.

A minor modification that includes a department name may be permissible. Contact the Marketing and Communications Department for more information. Example:

Student clubs and organizations are permitted to have their own logo. Logos must be designed by the Marketing and Communications Department.

Understanding the difference between the official logo and a graphic: 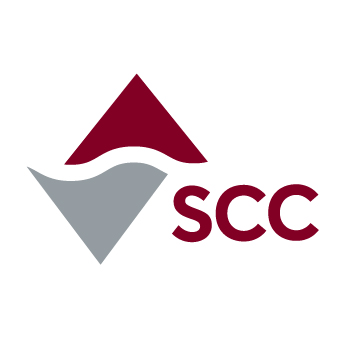 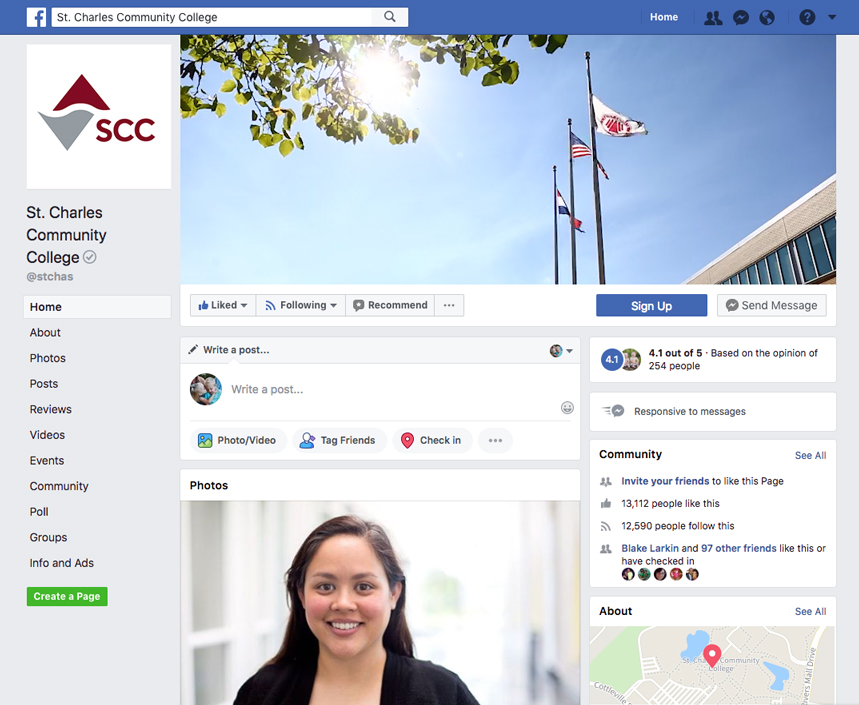 SCC's official logos are clear identifiers, not mere artwork to be manipulated or tweaked to fit a particular application or document.

The colors, sizes, proportions and overall design used to create each official logo have been carefully selected for aesthetic and practical purposes. Each official logo has been created for a wide variety of applications - it should originate from one of the approved graphics available in various formats for MAC, PC and the Web.

At no time is any approved version of the official logo to be used with any other logo or symbolic device of the college or any other entity on the same page or surface, unless prior permission is given for individually determined cases.

Unauthorized graphics, icons or words should never be used in conjunction with the official logos.

Use the official logo artwork as-is.

The angled patch artwork in the upper left corner of the SCC website is not an SCC logo in and of itself but an artist's rendering built to match the website design. It should not be used in place of any of the approved SCC logos.

To ensure quality and consistency, use only official electronic versions of each official logo. The only acceptable color combination is maroon (PMS 195c) and gray (PMS 430c).